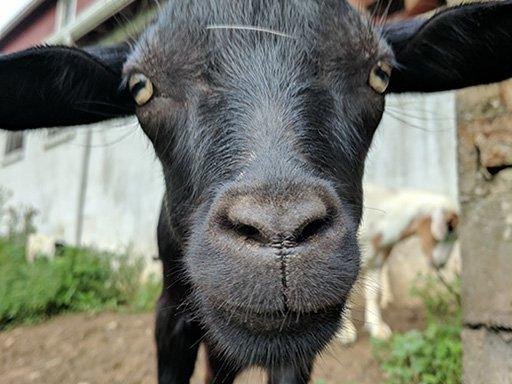 So Rocky’s initial progress was insanely fast.  Down right incredible.  I would have never believed he would be able to figure it out so fast.  Yes, everyone talks about muscle memory and the power of the brain but 2 weeks and 2 days was far beyond anyone’s expectation.

This first video was Rocky’s first day in his harness.

Within just a few days Rocky figured out exactly what needed to be done when his harness went on.  He immediately lit up and knew exactly where he was headed.  To his cart with the freedom wheels! We would take our time while I held him by a short leash attached to his harness.  I can tell you my shoulders had never received such a thorough daily work out in their life! I would constantly adjust the restraint on the leash, helping to balance Rocky just right against his tremors so he would not fall. By doing so I allowed his brain to compensate in the most natural way possible to help him find his center of gravity.  We would try to “walk” to as many different places possible.  I started to notice that when he became tired or extremely excited that he would exhibit the exact same motion of freezing as my myotonic (fainting) goats.  His body would go completely ridged except for his tail that would wave wildly.  No lasting effects and it was over quickly.  The vet agreed that this was what was going on and as with the fainting goats, as he ages, it will become more manageable.

Everyday for several hours, Rocky would get set up on his zip line.  I would often bring Ollie up for someone for Rocky to talk other than me of course!  Rocky began to master the cart quickly.  We have hay set up on both ends of the line so he could stop and graze and the swivel attachment we had allowed him to change directions.  The cart helped him greatly while he learned how to place his feet to turn around.  It is amazing how many different obstacles you have to learn in the whole concept of walking. Soon, Rocky was really starting to stretch his front legs out when he took each step.  When he would reach out his legs, his body was able to set up his next center of balance.  Rocky started going so fast that he when he would reach out with his front leg, he would place his foot on the break and literally skate in to the end of the rope. I call this cheating but it did look awful cute!

One evening I was adjusting the cart around Rocky so I had taken off the frame, well very quickly did he stop leaning against my leg and just took off on his harness down his line, cartless! We just made his cart 6 days ago…

Off he went, suspended on the zip line with his harness and swivel like he never needed the cart to begin with.  Again the excitement you could tell he had was probably as close as my own! I was so proud of him! I watched all of his moves so I knew how to adjust the harness accordingly.  It allowed just enough support so that if he tipped forward to fall he wouldn’t reach the ground but still allowed him to go through all of the motion of falling.  This was very important as his legs needed to start reacting to catch himself, which as we hoped, they did.  He started to bend his knees when he would sway forward too far and then lift himself back up into place.

It was an amazing week and we decided the following week after all of his line work to take a chance and try the walking outside, harness free in the plush spring grass.  Just like that, 2 weeks and 2 days after his arrival, Rocky walked on his own, without assistance!