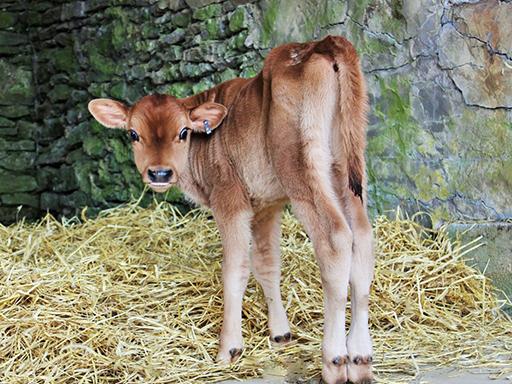 Just down the road from Gratitude Gate there is a place some have been to and others have never heard of.  New Holland, Pennsylvania is home to a livestock sales stable that has been the center of much debate and criticism.  Every week, hundreds of lives have price tag.  A price tag that is determined by a weight– cents to the pound.

On March 2nd, my sister and I traveled to New Holland.  I had personally never been, but have seen and heard the horror stories that have come out of there.  For an animal lover, this was extremely painful.  As a medical professional, it was disgusting.  For anyone that has a heart, it would be extremely difficult to experience. We scoured the pens, watching day old calves full of fear, confusion, and even innocence to the situation.  Many had severe diarrhea, hernias and upper respiratory infections.  The hardest to watch were the babies who could not even walk to their destiny due to malformations at birth.

We were welcomed by a small Jersey calf, no more than 3 days old, eager to make friends and taking it all in stride.  Going about his business, naive to what the future may hold.  He was still running the aisles before being crowded in with others in a standing room only pen.  We continued through the maze of gates, looking into the eyes of so many individuals.  Herds of curly sheep with a couple of young goats for good measure. Big bulls with hardened stares, all innocence gone from their eyes. Even a llama who could see over top all of the gates, but still couldn’t find a way out.

We returned to the calf pens trying to ignore the feeling deep inside to open all of the gates.  We searched for our little friend.  He was smaller than most, hidden by the spotted Holsteins who stood crying for answers.  I always talk to my animals in a silly voice, a voice I used with this little calf over an hour ago, so I started to call for him on my own.  Soon, the larger calves began to part and we saw the soft brown coat of a little boy with big determination. He pushed his way all the way up to the gate. I gave him my hand and he started to suckle, looking for comfort in his world that was so overwhelming.

Right there the decision was made to “buy” hip number 0021.

We watched as calf after calf was pushed and prodded through the auction ring. Finally 0021 was up for auction. Started and sold for 20 cents a pound, at 60 pounds, he represented a $12 dollar life.  No one bid against us and he just as quickly left to go back to the pen.  Just that fast, the fate of an animal’s life is established– the sign above the auctioneer stated all sales are for slaughter purchases only.

We waited patiently as the other sold calves were pushed into large trailers in the same fashion they were pushed out hours earlier.  I picked up our boy and carried him over the dying calves that didn’t even make it to the truck.  We loaded him in the cab of my truck on fluffy blankets and green hay, shutting the door behind him. One saved today.  And now, an opportunity to prove the worth, the heart, that lies behind those big brown eyes.  Many will learn to love this little boy, and in doing so, he will be giving hope to others in a similar plight. Each day, countless similar lives are bought and sold but kindness doesn’t cost anything.